Let’s start this natural unmedicated birth story of mine with a little back story. Evie Marie, our two year old, came exactly a week early. Because she was my first baby, I was fully expecting her to be late. Well, SURPRISE, she came early! What a great surprise! And thus starts me compiling my natural birth stories one at a time.

Flash forward two and a half years. October 26, 2018. As an expectant mother with a bigger belly and a bigger baby than last time, I obviously was under the impression that baby Grayson was going to come early as well. This is what we planned around because everything we plan obviously comes true. *insert eye roll* My mother in law was in town. My father and sister-in-law bought their plane tickets to come in and I was expectant.

Boy did he have other plans. Grayson was born at 40 weeks plus 4 days! Oh my goodness, talk about waiting around on a baby! Thank goodness my family had decided to come later over Thanksgiving. We knew baby couldn’t wait THAT long to come. 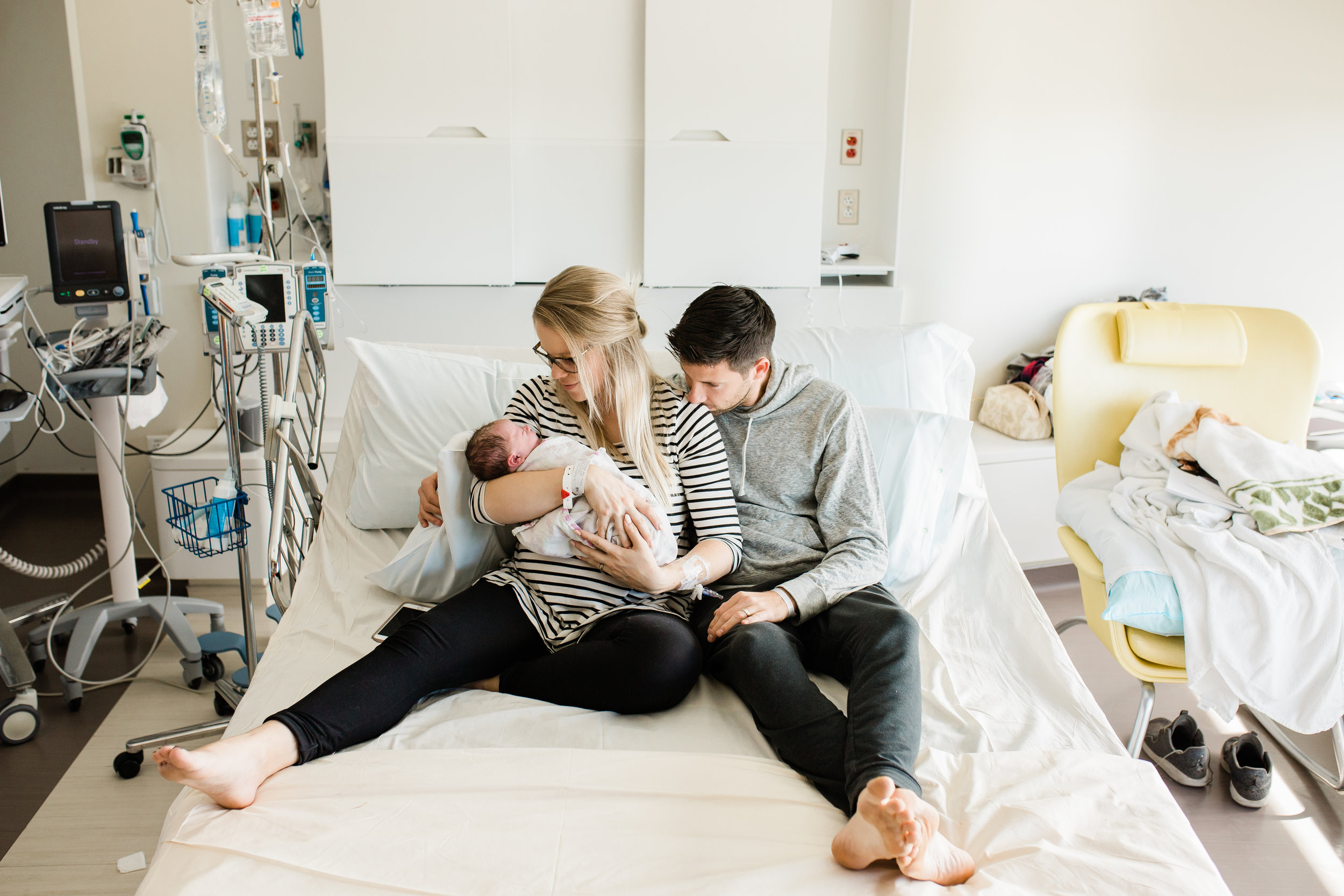 How This Natural Birth Story Started

At 38 weeks, I had some consistent contractions for a couple of hours and felt like this could be it. Keep in mind, I didn’t have a single contraction with Evie until it was the real deal. My contractions were about 15 minutes apart at this point, but not at all painful. I drank some water and had a snack and they subsided.

I was having spurts of contractions like this just about every other day consistently for my entire 38th week of pregnancy. Starting to get a little annoying here baby Gray, but mama is trying to be patient and let you do your thing.

39 weeks rolls around and I’m having consistent contractions, about 7 minutes apart, some painful, some not so much. So we went to the hospital to get checked. I got all checked in, waiting for the midwife to come in, and just felt like it wasn’t going to happen yet. I felt like he needed to bake for a few more days. Home we went.

Slightly disappointed, we walked back to our car in the parking garage at the hospital. We talked over and over that week about how everyone says that your second child comes sooner and faster than your first and how different this was than we expected. How strange the drive to the hospital was because when we were driving to the hospital to have Evie,  I was 9cm and in transition! 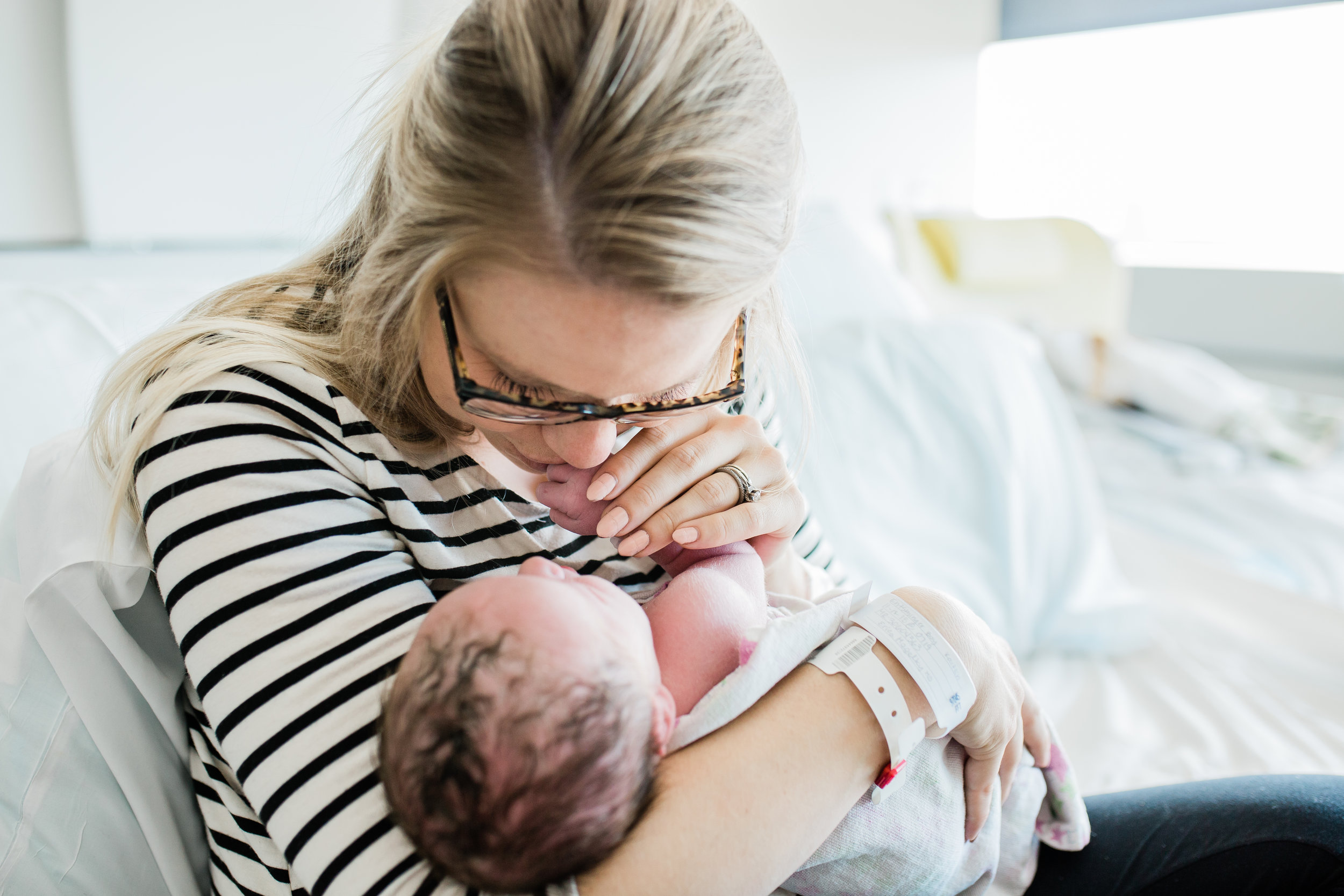 Trying to be patient, the very day I hit 40 weeks, we went to the zoo to walk with my in laws, hoping to walk this baby out! I was having very consistent contractions about 5 minutes apart the entire time we were there. Nothing painful, but they were certainly consistent and very noticeable. We decided it was time to go to the hospital…again… so we gathered our things, told Evie goodbye and were on our way. Because nothing was painful, we decided to grab some lunch at the mall nearby knowing it could be a long time before he actually decided to kick things into gear.

After a relaxing lunch, we casually headed to the hospital, planning to have my membranes swept. Get there, check in, lay down, get checked. Two centimeters. *insert another eye roll* So I had my membranes swept and we went back to the mall thinking that sweep could get things going for us. After about two hours meandering around at the mall and no more intense contractions, we made the executive decision to go home. Talk about a “patient” baby… we call that stubbornness around these parts.

The day I hit 40 weeks, I had a chiropractor adjustment, I booked an acupuncture appointment for an induction method, and I crossed my fingers and prayed. “Please let today be the day, we’re getting impatient here.” Isn’t it funny how when you have a plan and you think you know it all, God gives you a kick in the tush?

That evening, there was lots of baby movement and some other symptoms that are connected to imminent birth, but no contractions. NONE! Three days later, I repeat, THREE days later at 40+3, I decided to go to the chiropractor and go get acupuncture again. Here’s where it gets crazy!

After about an hour and a half of the acupuncturist working on me, I stood up off her table and BOOM water broke!! Everywhere! I mean, it was crazy. I didn’t have the water break experience with Evie, so I had no idea what was going on. It felt like I was peeing my pants, but I couldn’t stop myself from peeing. Why can’t I stop peeing? Am I incontinent now? What is going on?

And it just kept coming! So I rushed out of the room, told the acupuncturist and she was so excited for me, so excited that her methods worked! I drove home and called the midwife who told me to have something to eat, shower, come in on my own time in a couple hours. 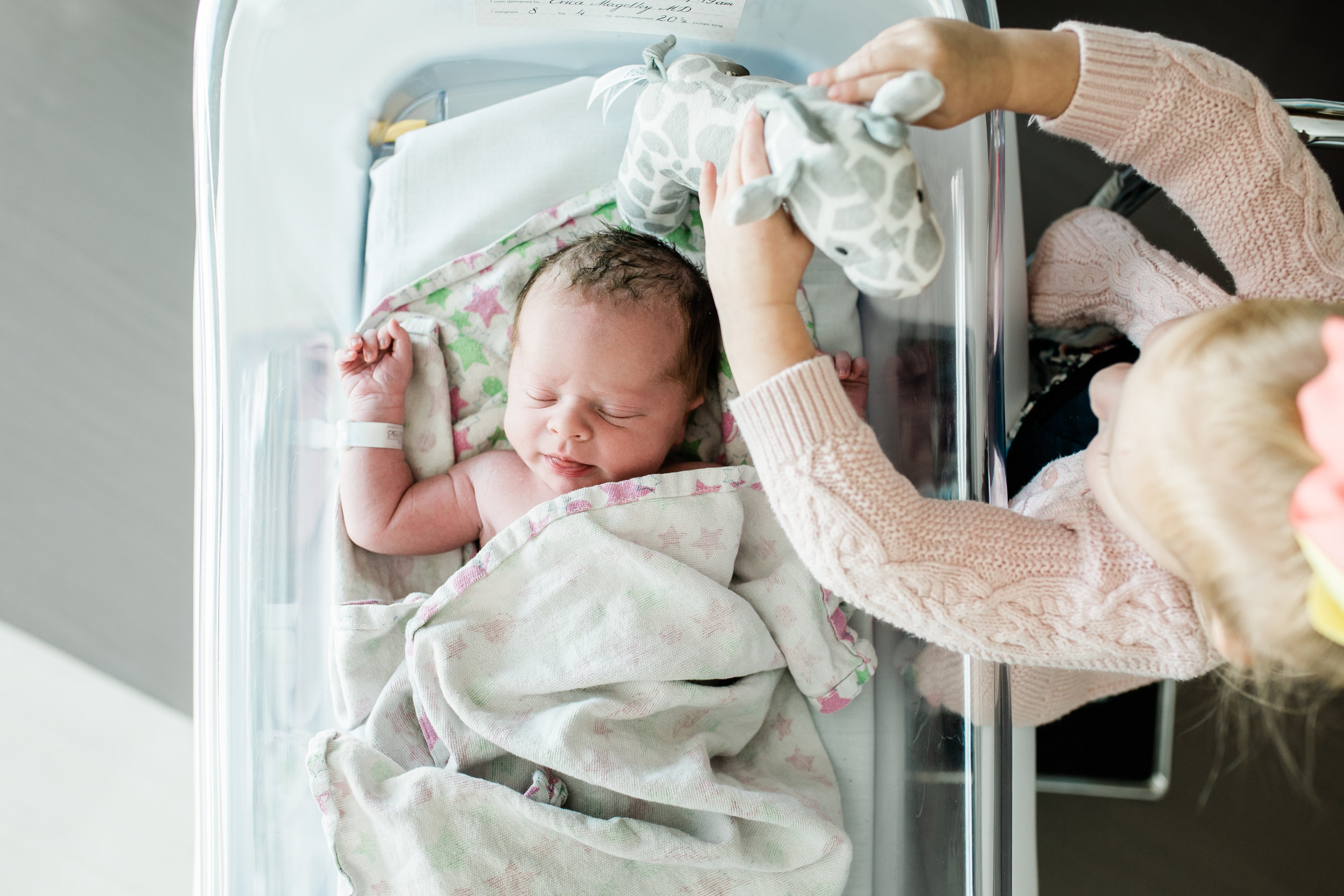 I was having minor contractions that I could definitely feel more than before – attributed to baby boy not having the water bag surrounding him anymore. Let me tell you, natural birth stories with broken water are going to be 100x different than ones with water in tact.

Once we got to the birth center, which was inside the hospital, I got all checked out – only at 3cm. So we turned on the giant flat screen they had connected to an ipad, watched The Office, Unbreakable Kimmy Schmidt, Schitt’s Creek, all the funny shows that would distract me and allow time to pass.

We watched tv while I had contractions, getting harder and harder til about 1am. At this point, we had both been awake since early that morning (hello we have a toddler) and we were getting TIRED! I told Justin to take a nap, but I obviously wouldn’t be doing any sleeping during any of my natural birth stories. Sadly.

Instead of sleeping, I got in the big Jacuzzi tub, we turned out all the lights, and relaxed. The walls of the hospital are all glass and overlook the city of La Jolla, so it was kind of magical and most definitely peaceful. I just labored in the tub, watched tv, ate my crackers and juice and million cups of water that the nurse brought me. PS I totally brought other food and I totally ate it. In the birth center, you’re allowed to eat whatever you want as long as you want to because when you’re in active labor, you won’t want to eat anyway. That’s kind of a good tell to see if you’re in active labor. Have an appetite? Not active labor. 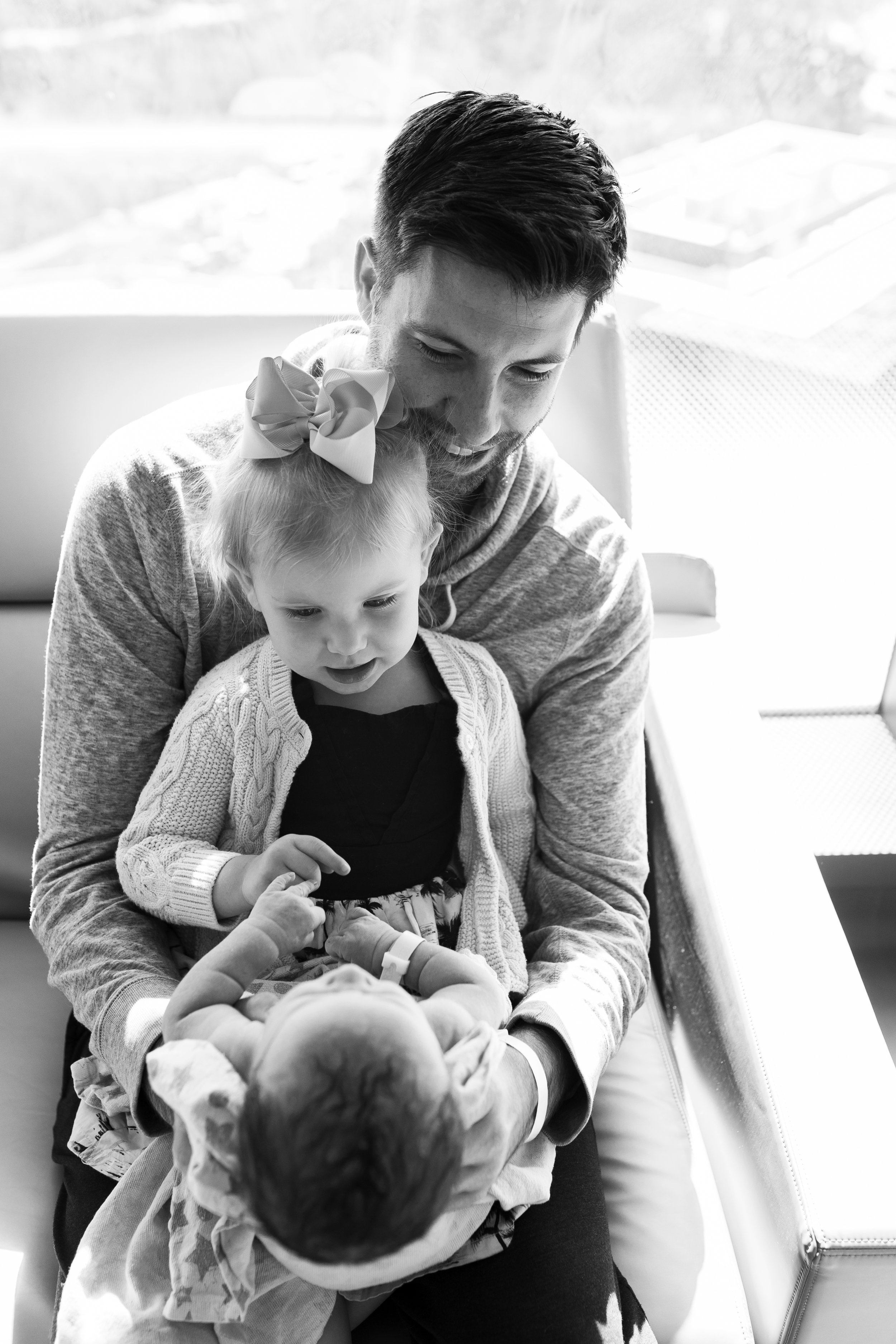 About 5am, the midwife came in to check me and see what kind of progress I had made. Get ready for this. She said “you’re at about 5 cm”…. WTF FIVE CENTIMETERS!! I had been laboring all night with only two cm to show for it? That’s insane. But she made sure to let me know that around 5cm is when most second time moms really move quickly, and boy was she right.

She swept my membranes again while she was checking my dilation and from there, all hell broke loose. It was INTENSE in all caps! My pain level, lets be honest, was at 11. I sure wish I would have had the pain-reducing Jovi Patch for this birth (read my full post about how I used it during my third birth here)!

This was much more intense than labor with my daughter and there’s a reason for it – that bag of water surrounding baby was not there. No padding guiding him down. I labored in the bed while the midwife did hip compressions on me. We switched to laboring on the birth ball while Justin held a heating pad on my back, which seemed to work well during Evie’s birth. Breathe through each contraction one at a time.

Having a unmedicated natural birth is 90% a mental thing, if not more.  Knowing you can do it and knowing your body was literally made to do it. Take every contraction one at a time. See the light at the end of the tunnel without seeing every single contraction you have to have to get you to the end of said tunnel. It’s SO much about mental strength.

At about 6am, the midwife had raised the bed up into a “sitting” position and I was flipped around on my knees, leaning over the back of the bed. This is where and how baby boy entered the world. Hands and knees, boss style, this is one of my most epic of my three natural birth stories haha!

At about 6am, I started feeling “pushy” as baby decided he wanted to finally meet us now. The contractions were hard and I was SO tired. My wake window was pushing over 24 hrs at this point and I do not thrive on little sleep. It’s not like I was just sitting around binging Netflix for 24 hrs. Running several back to back cervical marathons for these natural birth stories folks. Exhaustion had set in and I was ready to be done. This is when the prayer started because I reached the end of myself and needed something else – either some miraculous energy to keep me going or this baby to come NOW.

Thank the Lord that He answers prayers because baby boy came around 7:20am!  My contractions were insane, but I could feel that we were making progress. As I was on my hands and knees at this point, the midwife told me to sit back into the contractions as they came and push because baby would come quicker and easier that way. With just a few pushes, out came baby! I flipped over ninja style and he went right onto my chest! 7:20am baby Grayson was born and he was perfect. We were crying and the nurses were clapping. He was finally here, therefore the rest that I felt immediately after he arrived was unreal. It was done and my perfect baby boy was earthside.

We started admiring how perfect he was – a head full of black hair, a wide open crying mouth, and the sweetest little furrowed brow. My boy. He latched on right away and nursed like a pro, just like his big sis did. 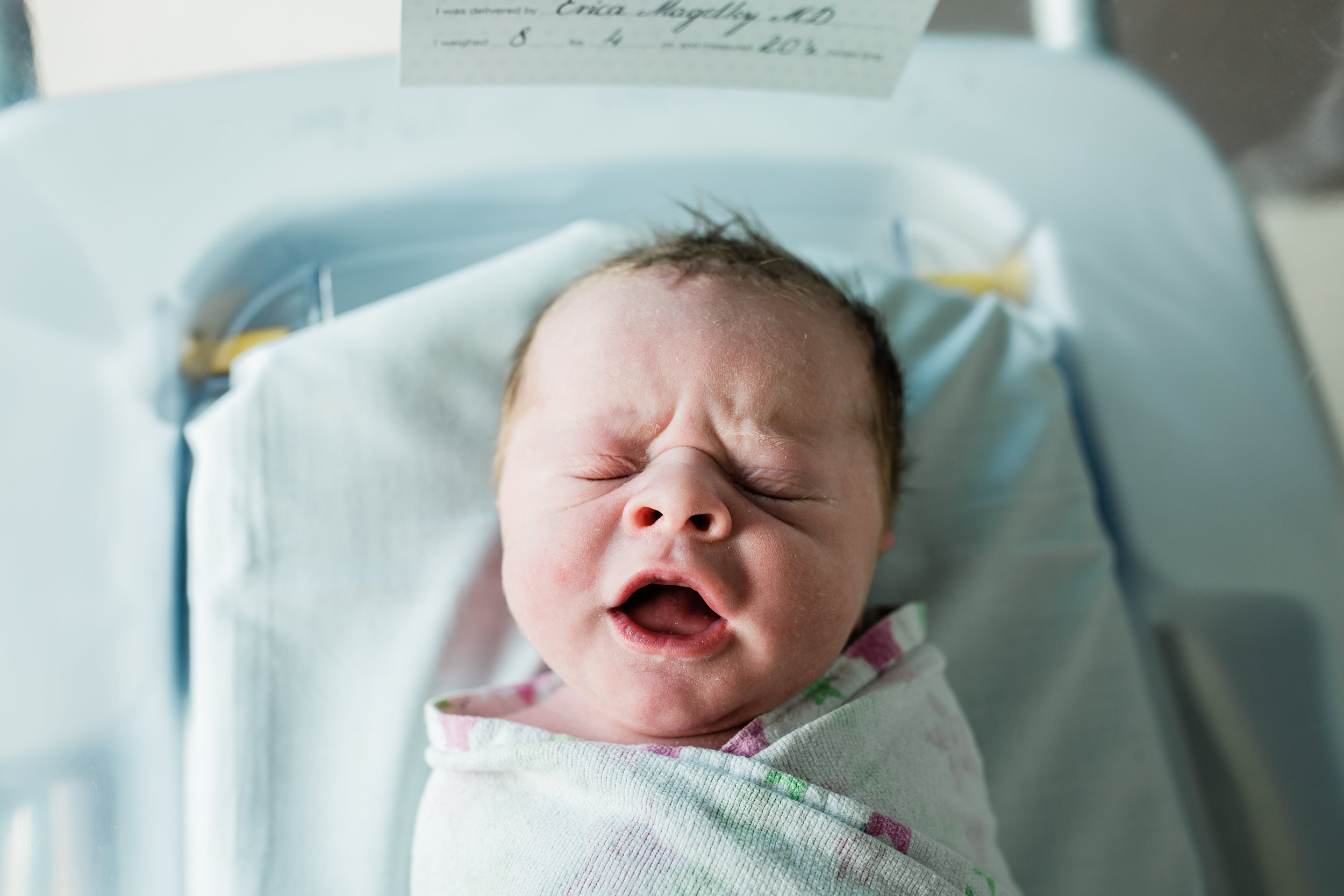 Two months later, we are more in love with our family than we ever have been. A boy and a girl and little did I know I would be writing another one of my natural birth stories in the coming years!

If you read all the way to the end of this, thank you! And sorry it was so long, but I know I needed to type all the details because there will be a day when I don’t remember it as vividly. For anyone who’s here thinking they want to have a natural unmedicated birth, let me be the first to tell you that you CAN do it. I am no one special and I don’t have a high pain tolerance. I mean, sometimes I hate brushing my hair because it hurts, so don’t be under the impression that I have some super power. Natural birth can be for you too if you want it to be. 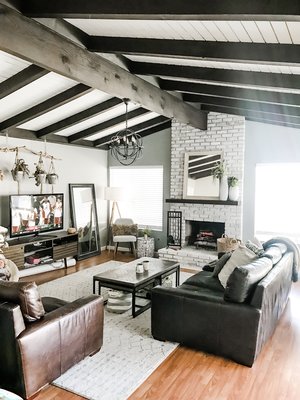 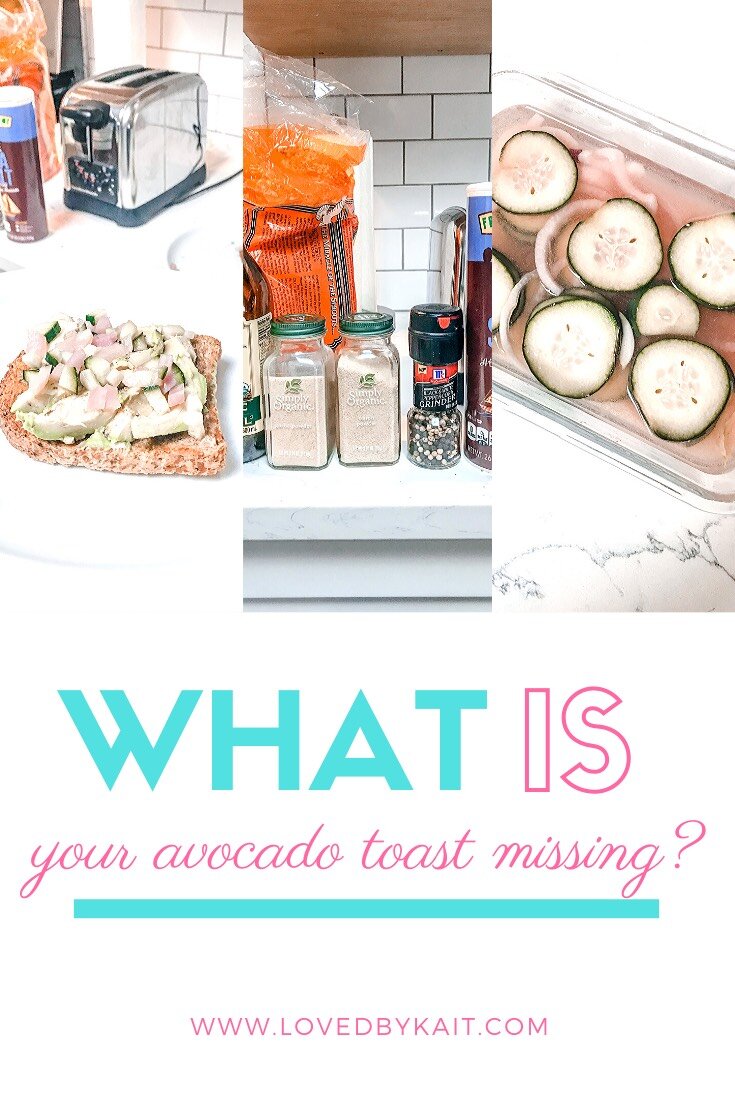 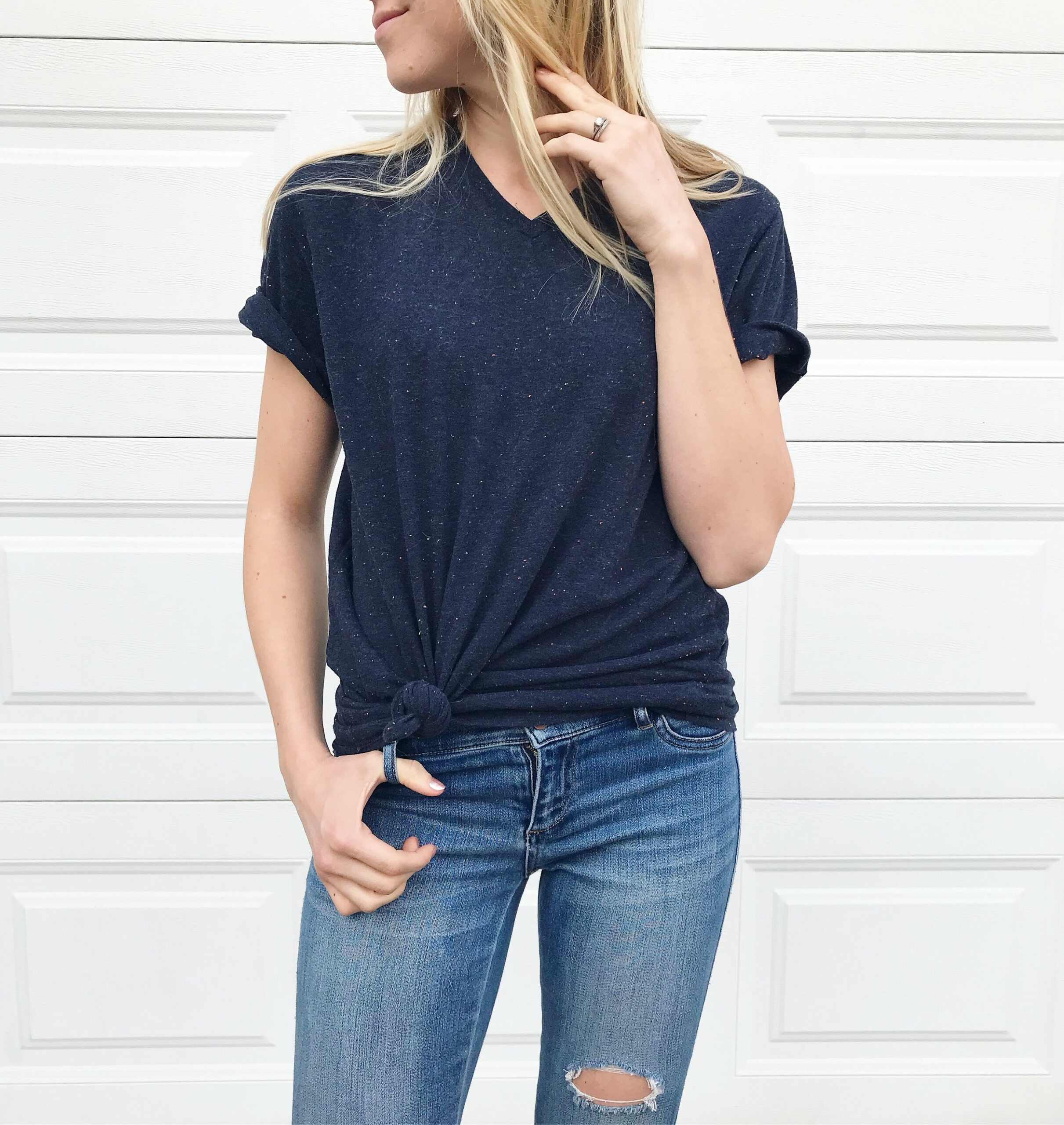 5 Easy Ways to Style a Tshirt to Stay on Trend